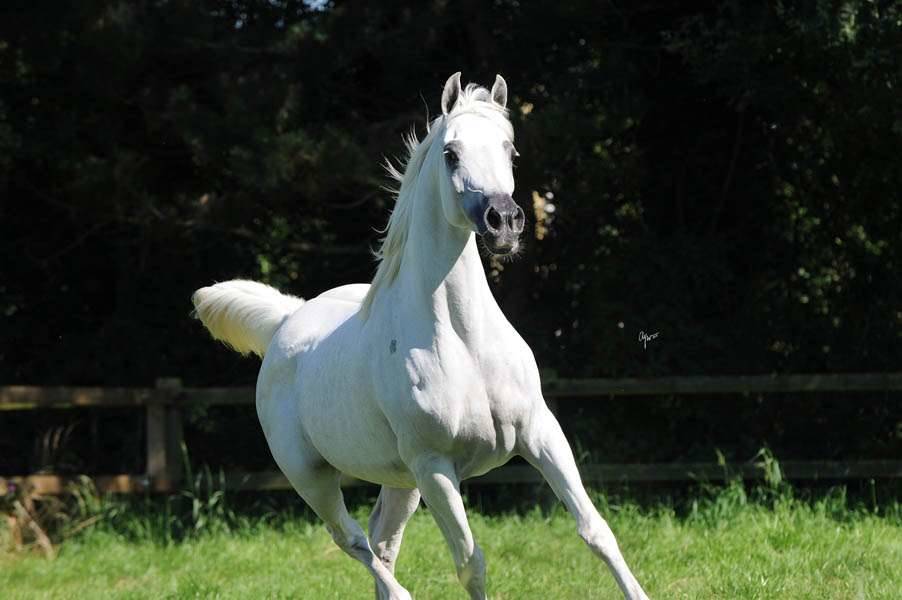 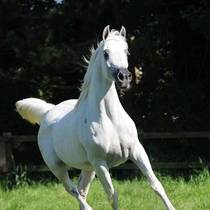 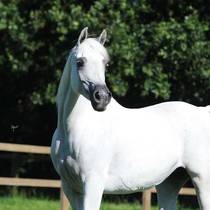 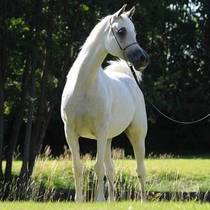 Daughters of Ansata Hejazi are highly prized, and Bint Katyah is an example of their cherished status as broodmares at discriminating farms around the world.  One of the most famous sons of the immortal Ansata Halim Shah, Ansata Hejazi is a stallion who epitomizes such hallmarks of type as huge dark eyes, high-carried tail, charismatic motion, and superb balance.  Bred by Ansata Arabian Stud, Ansata Hejazi has reigned as the senior sire for Ajmal Arabian Stud of Kuwait.

Bint Katyah’s dam is a daughter of another famed stallion, Imperial Imdal, a U.S. Reserve National Champion and World Champion Stallion at the Salon du Cheval in Paris.  The great-grandsire of Bint Katyah, Ruminaja Ali, is another U.S. Reserve National Champion and the founder of a sire line that is perhaps the prominent among show winners around the globe today.  A Dahmah Shahwaniyah, Bint Katyah traces to the leggy and elegant Bint Maisa El Saghira, imported to the U.S. from the Egyptian Agricultural Organization.   It seems fitting that Bint Katyah now resides at the Al Rashediah Stud of Bahrain, as she traces to the mare Bint el Bahrein, a gift of Shaykh Issa bin Khalifa of Bahrain to the Khedive Abbas Pasha II in 1903, and the foundress of an important branch of the Dahmah family.