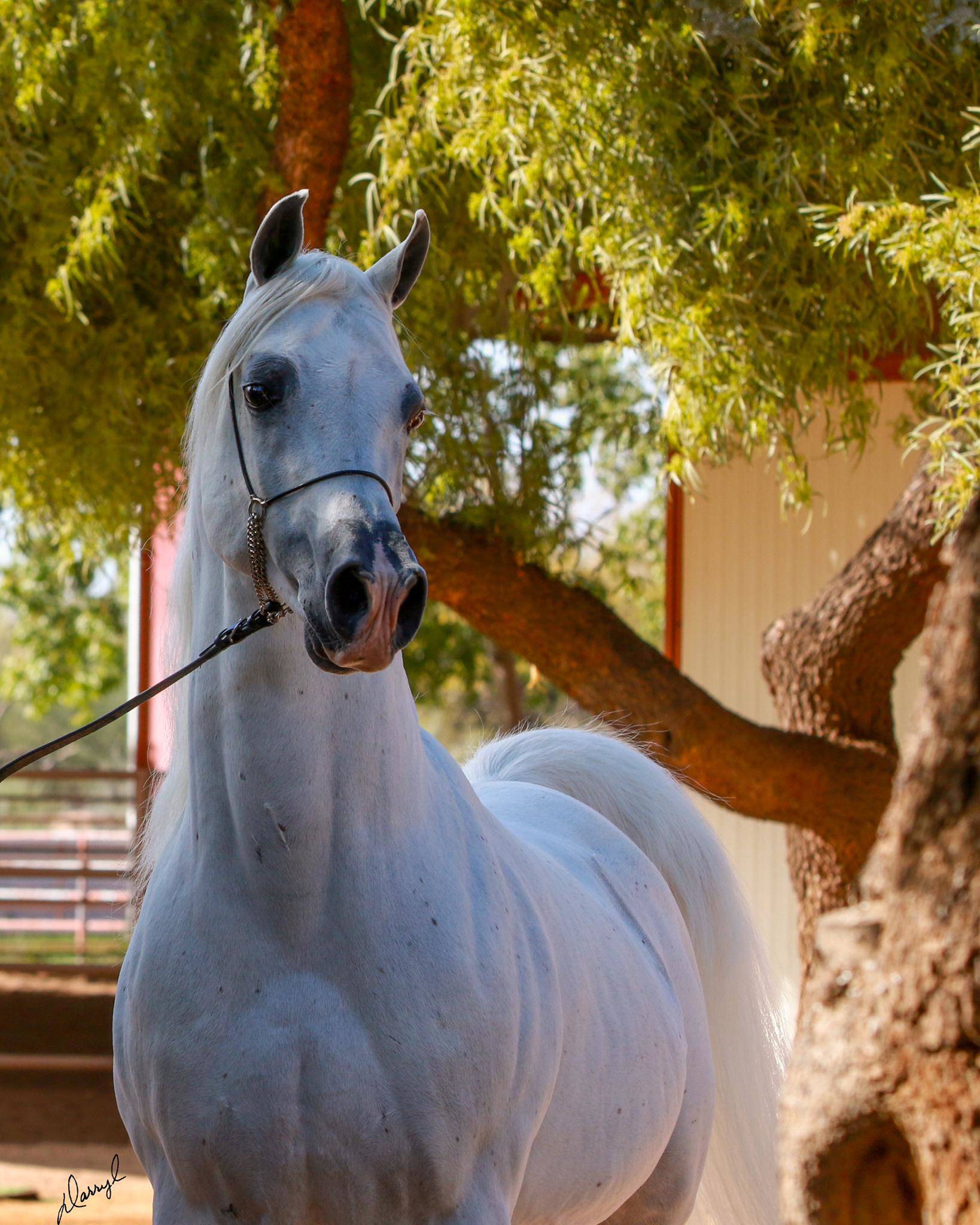 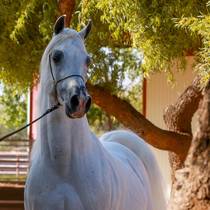 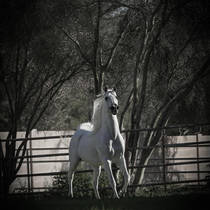 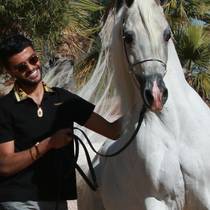 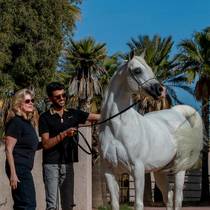 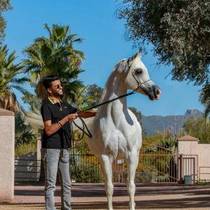 An artist's inspiration, Ansata Royal Qasim is a straight Egyptian stallion of
immeasurable finesse and noble breed character so sought after for centuries by
admirers of the true Arabian horse. He proudly counts himself among the most
recent generations of the legendary Ansata Arabian breeding program that has
existed for over 6 decades. Even as a young horse, he won the US Egyptian Event
Champion Futurity with his extraordinary charisma.
He is appropriately named "Royal" because his beloved Arabian type and movement
are the reflection of a pedigree woven from generations of Royalty. Ansata Royal
Qasim's patriarchy begins with his sire Ansata Qasim, first exported to the UK where
he was twice Reserve Champion in tough competition. He proved to be a consistent
sire of excellent foals in Europe with his first 3 foal crops. Then upon his return to
the US, he continued to prove his genetic power which is handed down from a
glorious lineage. Ansata Qasim's sire is the magnificent Anaza El Farid son Farres, by
the same sire who is the grandsire of Marwan Al Shaqab. Farres was a five-time multi-
international champion, which included two Egyptian Event Europe Championships.
Farres sired Paris World Championship Top Ten filly Famira KA, who was also 2005
US Egyptian Event Supreme Champion Mare, followed by another Farres daughter,
Farreesa CA, who was US Egyptian Event Supreme Champion Mare in 2006. Farres
also sired Ansata Qasim's three-quarter sister, Ansata Mouna, 2007 Qatar National
Champion Mare. Ansata Qasim, being a Saqlawi Jidran from the beautiful Bint Mona
line, was destined to be crossed with only the finest of Dahman Shahwan blood that
became the ultimate script for creating Ansata Royal Qasim from his exquisite
Dahman Shahwan dam, Sherifa Tamria.
As her name implies, Sherifa Tamria is from the Tamria (Tuhotmos x Kamar) branch
of the Bint Sabah Dahman Shahwan family. Many feel this is the most exquisite
example of Kamar's extreme beauty, but Tamria was also a known source of breath-
taking action in motion! All of this is distilled from the line breeding to the
incomparable Tamria daughter, Pharrah. Sherifa Tamria is a granddaughter of
Pharrah through her sire, Royal Jalliel, and great granddaughter to Pharrah in her
tail female making her 37.5% Pharrah -- a Royal concentration of this prized blood.
Add to that, Sherifa Tamria's sire Royal Jalliel is a three-quarter brother to the
unforgettably beautiful Imperial Phanilah, Middle East Champion, Qatar Champion,
and Paris World Champion mare.
Sherifa Tamria also produced two other stallions who were exported to South
Africa, Ansata Tashreef and Ansata Aly Sherif. However her most royally crowned
example is Ansata Royal Qasim, representing an illustrious pedigree that assures a
great sire for the future of beautiful Arabian bloodstock.