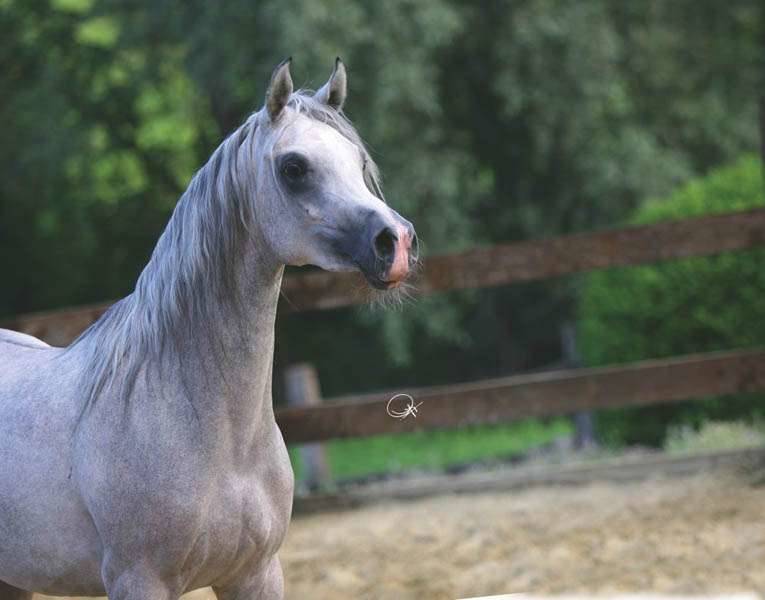 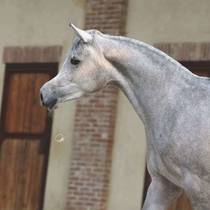 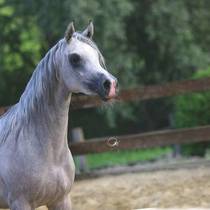 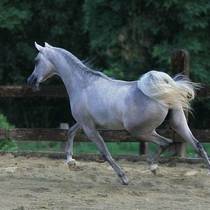 The Dahman strain is closely associated with Bahrain, the home of Al Rashediah stud, so it is a wonderful testament to this Bahraini heritage that the stud features so many fine mares of this significant strain.  Alfabia Tamria descends from the Bint Sabah family, and is named for the marvelous mare Tamria 9, her great-great granddam.   Dr. Hans Nagel selected Tamria as a young filly from the paddocks of the Egyptian Agricultural Organization and she later became a much-admired beauty and prolific broodmare at the Babolna Stud of Hungary.  She was especially known for her lovely head, quite reminiscent of her granddam Moniet el Nefous, with her longer foreface, graceful dish, and fine nostrils.

Alfabia Tamria is sired by Phaaros, a stunningly beautiful son of Al Rashediah’s head stallion ZT Faa’iq, out of the superb Ruminaja Ali daughter Bint Atallah.   Phaaros has been an important sire both for the Alfala Stud of the Kingdom of Saudi Arabia and the Alfabia breeding program of Italy. In addition to her namesake Tamria, Alfabia Tamria’s pedigree features the noted Alaa el Din daughters Magidaa and Hanan, as well as the Sameh daughters Serenity Sonbolah and Deenaa, all mares who founded important families around the world.